The most difficult tenor arias for a girl like me ...

- agosto 23, 2018
If I say that the most difficult arias are for soprano is that, until today, I had not heard the arias for tenors; I am divided since the complexity for these arias impresses me and scares me a little (for almost damaging my voice haha) but really beautiful, hard, of high difficulty and emotion for the theme of the opera for which they were written ...

Really surprising and fast! It gives me to think that the interpreter does not have time to improvise, to think, to rest a bit the voice because immediately a rise that leaves me silent and thoughtful.

At the beginning the movement of notes very quickly, then the beginning of the lyrics as fast as the notes (honestly I do not care about the language, in this case French, although that adds a higher degree of difficulty). The truth, it should require months of preparation this aria because the interpreter will not want considerable damage to his throat haha.

Contrary to the previous one, the rhythm is much slower so that the sad notes of the interpretation of the man are noticed; The deepest sadness of a loving disappointment is reflected in a slow, sweet, soft, sad interpretation, with demanding notes but that the singer can resist until he feels like the character in question.

The character tries to laugh for what he should do and cry for what is happening to them (an infidelity), slow movements that try to accompany the situation, the voice of the interpreter is demanded but without physically altering it. The difficulty in this aria is noted: the singer must interpret it as if it were his situation with a voice and / or notes full of anger, hatred and much sadness. 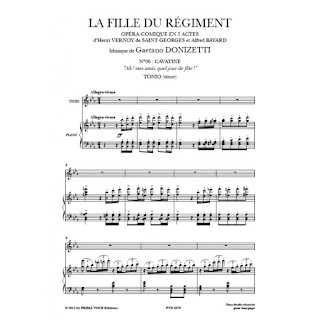 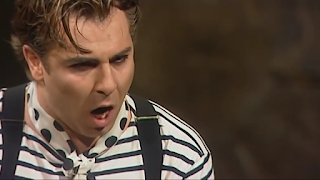 Believe me, are not the only ones and I'm going for more ...

- octubre 13, 2019
There was a princess whose sanity and beauty bewitched every man that with his eyes he saw her.
Pure as water, beautiful as the sun, Sweet as sugar And with a beautiful voice.
One day she gets lost in the depth of the snow, fear went through to the depths of his heart.
Then see a path, she is guided by destiny even a sad, forgotten And huge castle.
It was black as night, suspicious even at the tip, The princess wanted to enter To the dark place.
Fear left her alone, now was the emotion for touring the place And what to explore.
"Hello!" Said the princess but her voice sounded empty and hollow
She climbed some stairs, a very beautiful plant, of pure gold and marble where she reflected.
Her steps were heard
Leer más

The best arias for a young girl like me. 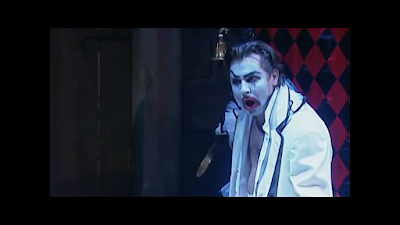 Best Arias for a girl like me (1).
Summary. Music fills me with an inexplicable calm right now. I can write this because I am now listening to a piece and want to write what I think of as beautiful as inexplicable and infinite define gender and among its best parts.lUna Furtiva Lacrima Donizetti composed in 1832, this romanza tells me that deep can feel the most loved one. Nemorino, who sang show sadness and yet his love for Adina in "The Elixir of Love". It made me feel a great emptiness and yet the tenderness that also tries to show the character.
l Vesti la Giubba. The Misfortunes of a man described in this aria from Pagliacci by Ruggiero Leoncavallo opera composed in 1890. Discover Canio (the main character) your broken heart because of the heartbreak of his wife in a circus and made me feel sad but at the once happy because it's a song that takes corners of the aching heart of the character (to be mocked by women) and the emotion of the artist who plays him.

The best baritone arias for a girl like me. 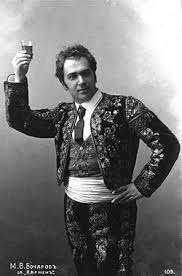 I have always heard that the best arias or fragments of an opera come from sopranos or tenors but we do not realize that there have been characters of high tonality that come from voices that can impact us with their "arrival" to higher notes than their range allows without leaving their position; they are voices that are called "intermediate" because they are located between DO to SOL with harmony, melody and a bit of humor-drama (it depends on the fragment and the work they are representing); Characters that accompany and even star in some of the most important operas for their wise handling of the voice and the situation that is represented.
This is just another part of my opinions about great pieces of music…
Toreador, en garde[1]. I definitely love it! It's explosive, elegant, passionate, saying "I'm the best" literally, incredible, danceable, etc. Slow vocal movements at the beginning do as if he really said it to a lover, at a rhythm that he wa…
Leer más