IGOR STRAVINSKI has a slower "movement". his work is the most varied of Russian music. He had a more varied knowledge. Was the most influenced of all. He was also known as a more writer. Was more instrumentalist he had a more philosophical thought. Was the most musical philosopher. 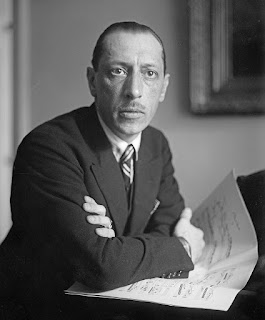 Great examples of empowerment despite their lives. 1st part.

"In life there is nothing to fear, you just have to understand" The person who said these words lived in a scientifically macho era, she saw his mother die when she was 10 but left her daughter a strong teaching along with her father: There is nothing that you cannot do if you do not make an effort for that. . As good Russian state of 1890, the universities had "the Salic law of education" and she therefore went to Paris with her family; she changed her name, her way of being, her thought from one amancipated to one empowered and, thanks to that, saw in science an opportunity for empowerment and knowledge. She graduated from the Sorbonne at the age of 27, with linguistic and monetary difficulties, she showed us that women are capable of everything; When she left university, she was positively a stranger (I am excited just thinking about it), when she started working in a laboratory she met a man who complemented her and, with him for support, her work was recognized by everyone. Staying alone or with her husband by her side, she discovered elements such as radium, uranium and polonium, they had two daughters and earned them the Nobel Prize in Physics (the first time for a couple) in 1903. A somewhat funny anecdote: They did not go to Stockholm because they were withdrawn and very shy (he, more than anything, she wanted to go but they were very harassed by their work). But as they say "Much of something is not good" and her work was costing her life: She had suffered an abortion because of her work; he showed signs of being ill. Despite adversity, they continued working, especially her hard to show that we are not fragile bodies and "easy to break." There were three moments in her life that really showed me her strength and perseverance: it was in 1906, he had walked on a Paris street in the rain when a carriage fell on him, killing him instantly and she felt that she was falling apart and fell into a deep depression but continued to strive for his memory, their two beloved daughters and their reciprocated love. She said NO! She went to war because she saw that they used her elements for chemical weapons, she protected her elements with the help of the French government and she helped as a volunteer along with her daughters in the First World War for France. in the end, in 1934, her job cost her life (is what I believe) because being around deadly risky elements caused her body to react in a negative way and she died of cancer at the age of 66. Why she? Her intelligence, audacity, optimism and perseverance led her to the highest scientific standards and her work led to world recognition. The best operas overtures for a girl like me.

How to start? I really do not know! Hahaha. I have listened to so much classical music that I no longer know which is the best musical piece but something that I have listened to, with much attention and appreciation, are the beautiful works or pieces that open up to an even greater show: What we all know as operas overtures.
Here I only write a small part of what I think regarding great emotions that are at the beginning of many more written and / or composed by beings who were inspired by facts of their life or readings of other great teachers in literature and who helped " unintentionally ”to these composers to grow even more ...

Pure blast by God! I sincerely believe that Bizet was happy, ecstatic, excited, etc. Because he wanted to express what he felt when writing this famous opera and when he started with an explosive, joyous, lively and fun overture, a spirit full of positivity and creativity that exploded in this opera was noted; not only with the overture, but also with his arias "Habanera", "La fleur que tu m'avais jetée" and "Toreador" is that he decided to do his best musical and operatic work.

I'm just saying that this overture is the best for an opera full of passion, romance, energy and pain.

If there's one thing I agree with musical historians: Mozart was a child trapped in the body of an adult. A harmonious, playful melody, full of fun, magic, color and beauty through a vibrant, fast and exciting sound that even makes me smile remembering the adventures of Figaro for the mere fact of scolding his boss; Mozart described himself through his music as a childish being, some ridiculous, but who always found genius in everything he saw and heard. His intellect never rested despite being "an inner child" and that is reflected in this overture so full of fun, optimism, elegance and revolution (you know what I mean).

I will always want to hear this "boy" in this great opening.

I keep saying the same thing: Rossini was the best composing operas bufas because he knew the type of music for these texts full of humor and everyday philosophy, he was a man who thought about the lives of others, took him to musicalize in a fun way and let others will enjoy it; With this overture he left that he was not as serious a composer as others, with this work he opened space for the opera buffa and took it to his altars.

Of course Mozart had left it open but Rossini left it very well put and he had also exposed his thought with this single overture: the most common can be shown in public and be applauded for it. 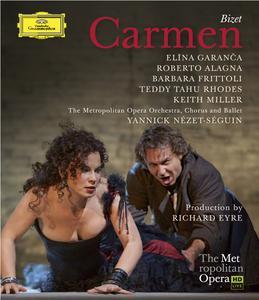 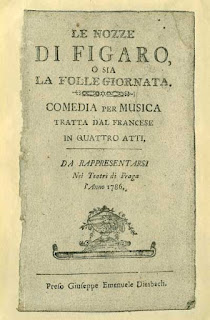 I do not know what to do,
I don't have a way to go,
My mind is wandering
And I have nowhere to go.

I feel alone,
A huge hole in me
I'm feeling it
Now and here.

I feel strange,
A rare bug
You want
A strange good.

I do not know what to do,
I'm stranded
And with my mind
really spoiled.

I feel lost
I have no guide
And I will continue like this
Until the end of my days. 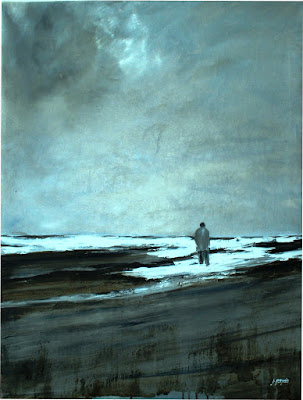 The tenors with the highest notes I've heard (2).

"The Italian tenor of the time": strong, demanding, emotional and exciting. The first time I heard it, I was very attracted to how he sang: a powerful way to reach a C5 without demanding, went from a simple character to another more powerful-demanding without difficulty and that, for me, will always be admiring.

He doesn't surprise me either: a light voice that sounds fragile to me and when it goes up (as in ah mes amis!) It leaves me dumbfounded, cheerful, excited and happy. From Verdi to Bellini, a sublime, complex voice that goes up and down with ease and very well perfected for each character to play (Don Ramiro and / or Tonio).

Did you think he would stay outside? I do, but I listened to him as Don Ramiro-Count Almaviva and Tonio and he left me perplexed with his powerful chest, simple, simple, clear and friendly; He plays very well with his roles, is chameleonic, in the majority they are comedic roles or with a lot of charisma and, therefore, he reaches a full tenor level.

We will continue with this list because there are many treasures to listen and I will... 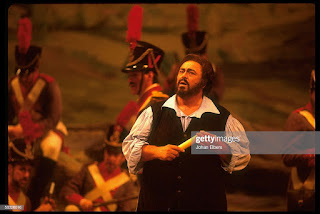 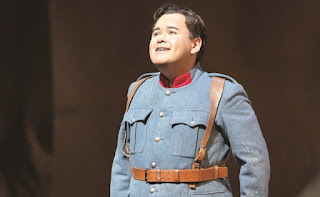 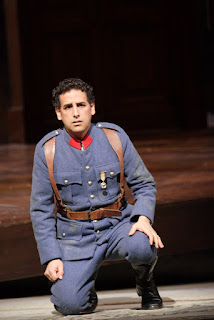 How could i fall in love
of a man without equal?
How could tangled me
a heart with cruelty?

How could i fall
before a being like him?
A tyrant
That took advantage of my good.

Is love like that?
Or did he give it?
For everything I've seen,
For him I have become like that.

doesn't even respect
what one feels for him,
he is a cold man
And without conscience.

He doesn't feel love
I never felt his heart
because is empty
and without any reason.

I will always regret
of what my heart feels
for a man without sanity
and without any mind.

The Tenors with the highest notes I've heard (1). 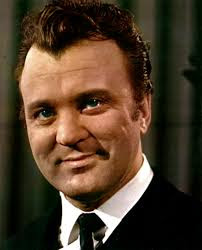 Actually, I never thought that he would be the first on this list but when I heard a F5 several times I was stunned, excited, happy, scared and terrified (I thought it was going to damage the voice but it wasn't like that hahaha) a chameleonic tenor, harmonious and independent (did not stay with one or two composers); an explosive, fixed voice that knew how to blend well with the aria that it was his turn to sing and in the language that it was, really a calm but explosive voice at the same time. 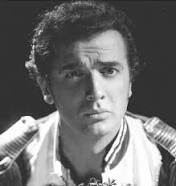 This one does not surprise me: apart from an attractive bearing, his powerful, fragile, forceful and exquisite voice made him one of the best and most complete tenors in history; He, in all musical aspects, complemented each character very well, stood out in all vocal and musical fields; It has been seen by many as "an exquisite and excellent vocal technique."

IGOR STRAVINSKI has a slower "movement". his work is the most varied of Russian...

What they liked most here...